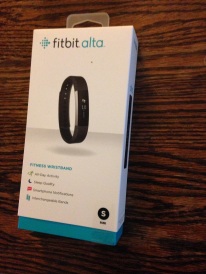 The Fitbit Alta arrived in a nice, heavy box 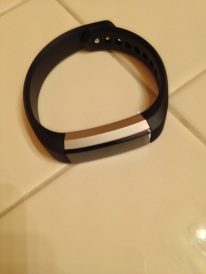 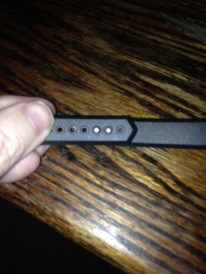 The old Misfit Flash with its clunky aftermarket band 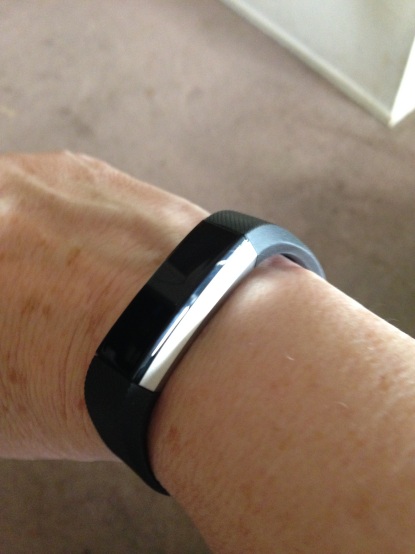 Fitbit Alta’s new elegance–will it be as pleasing after a month?
More than a year ago, I promised myself a day at a spa when I actually published a book. Formally. In Habitica. Two weeks ago, I finally started to set up an appointment—and realised I didn’t want a spa trip. I wanted a better fitness tracker. One that had a real watch, not twelve flashing LEDs I had to interpret. More than that, I wanted a Fitbit so that I could actually Beemind my net calories per day. So far as I know, Fitbit is the only tracker and/or fitness app that can connect net calories to Beeminder.

That’s important to me, because weight is a horrible measure of how a person’s doing at becoming more fit. It can have vast daily swings, as anyone who’s ever tried to lose weight can verify. I want to measure the actual inputs—exercise and calorie deficit—and keep weight as a backup long-term check.

I selected a Fitbit Alta as being cheaper than that day at a spa, and having all that I wanted—a Fitbit that is also a watch that tells the time without me having to interpret flashing LEDs. It even displays the date. It displays the actual numbers—steps taken, calories burned, and so forth—instead of using LEDs to display percent of goal complete. It looks much better than my old Misfit Flash in its third-party sturdy-but-uninspiring band. (The factory-delivered Flash bands were better looking, but notoriously fragile. I never bothered.)

Mind you, I’m not complaining about my old Flash ($15). It’s served me well, particularly considering that it was a ninth of the cost of my new Alta ($130). I never expected it to perform as well or look as nice as the Alta does. The Alta will be held to a higher standard.

I took photos of the unboxing, in the gallery above. The Alta arrived in decent packaging, with the rechargeable battery absolutely empty—I had to charge it to even get it connected. I was impressed with its looks; my humble standards of elegance are well-satisfied with a solid matte stainless steel case and a gleaming black display.

My experience so far:

If you read the Amazon reviews, you’ll find some major criticisms of the Alta. Here’s my experience so far:

The Alta’s nice shiny display surface is plastic, not glass, as far as I can tell. I’ll be getting a screen protector right away.

Having texts come through silently on my wrist is unutterably cool.

Setting up Beeminder goals for the Alta was easy—much easier than the corresponding goals with the Flash, which went through IFTTT. I may return to an IFTTT driven goal for sleep hours.

I like the band the Alta comes with. It’s heavy rubber (or plastic as the case may be) and doesn’t look to be breaking anytime soon. The textured matte surface is attractive. Truth be told, I’ve always loved matte black watches, and wanted an aviator’s watch with a black face, case, and band since forever. So I won’t be getting a fancy aftermarket bracelet-style band unless Hubby complains that my current one is too plain or too sporty when he’s taking me out. If he does complain, he can spend the money for an Alta bracelet. I won’t replace the band unless it breaks or starts coming undone.

Find Me Elsewhere on the Web

Musings through the journey of writing my first novel

writing, writers, & worlds (of my own making)

of Faith, Fantasy, and the Fantastical

Can Anybody Hear Me?

Writing and life. Life and writing.