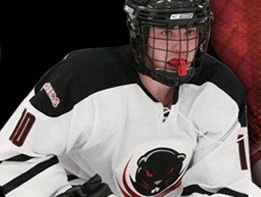 But I’ve heard nothing about the true pinnacle of the hockey season — the Beaver Cup. This is the roughly annual meeting of the MIT alumni (yay!) and the CalTech alumni (hiss!) hockey teams to vie for nerdly glory.

I was expecting an announcement by now in the alumni newsletter, but I’ve heard nothing. Nothing! And this while the NHL and the ECHL are pimping their playoffs as hard as they can.

Can it be that there will be no Beaver Cup game this season? Or will the alumni newsletter announce it less than a week in advance, as they did last year?

Even if the Kings win the Stanley Cup, or the Reign the Kelly Cup, I will disappointed in the hockey season if I miss the Beaver Cup.

Find Me Elsewhere on the Web

Musings through the journey of writing my first novel

writing, writers, & worlds (of my own making)

of Faith, Fantasy, and the Fantastical

Can Anybody Hear Me?

Writing and life. Life and writing.